Beamshelves, the deck and knees

Following the end of our summer break, where many of our volunteers were sailing and working on other projects, work has recommenced with fervour, and already after only a couple of weeks, the ship has changed enormously. With a huge hand from a highly skilled team of four German boat builders, the work began in earnest.

Having recently acquired more oak stock in the summer with the necessary curves, we were able to complete framing above the waterline midships, and going a little aft. Work was then able to continue on the beamshelves. A new section of beamshelves has been completed on both port and starboard, continuing from the beamshelves in the bow which were installed in December, now forming a continuous link to the poop deck, all bolted to new frames, adding a huge amount of rigidity to the ship fore and aft.

Meanwhile, five deck beams have been prepared thanks to a team of two French volunteer carpenters. The new beams conform to the specifications of those installed in the bow earlier in the year; made of oak, significantly larger in dimensions than the original beams for greater strength and with a much greater camber to allow for water to drain away more freely. Two of these beams were even installed midships, aft of the coach roof where the deck was accessible and on the recently installed beamshelves.

With similar dimensions as deck beams, we also had enough suitable timber to start on the sampson posts. The posts were therefore cut and shaped, and have been placed into position on the ship, and the fitting of them is underway and will be continued at the next opportune moment.

In addition to this, progress has been continuing on the knees at a steady pace. Gradually the bow section is becoming ever more complete. Here, our carpenters have been diligently finding the tight crooks necessary for the knees in our extant stock of oak, fitting dutchmans to circumvent certain natural defects such dead knots and shakes that come with working with wood, and shaping and fixing the knees in place.

Of course, perhaps the most conspicuous change has been the removal of the galley and coach roof. Now, with the deck clear the remaining beams and associated deck structure will be able to be installed safely and efficiently. With such a visible and dramatic change, with the side effect of all our efforts so far laid bare, it is now so clear to see how far we’ve come, and undoubtedly this marks a major milestone in the project. In particular, we have had a hugely positive reaction from members of the public passing by in Holbæk. With so many who have seen us working so hard over the refit, they can now see our progress and countless people have been stopping to say good work! 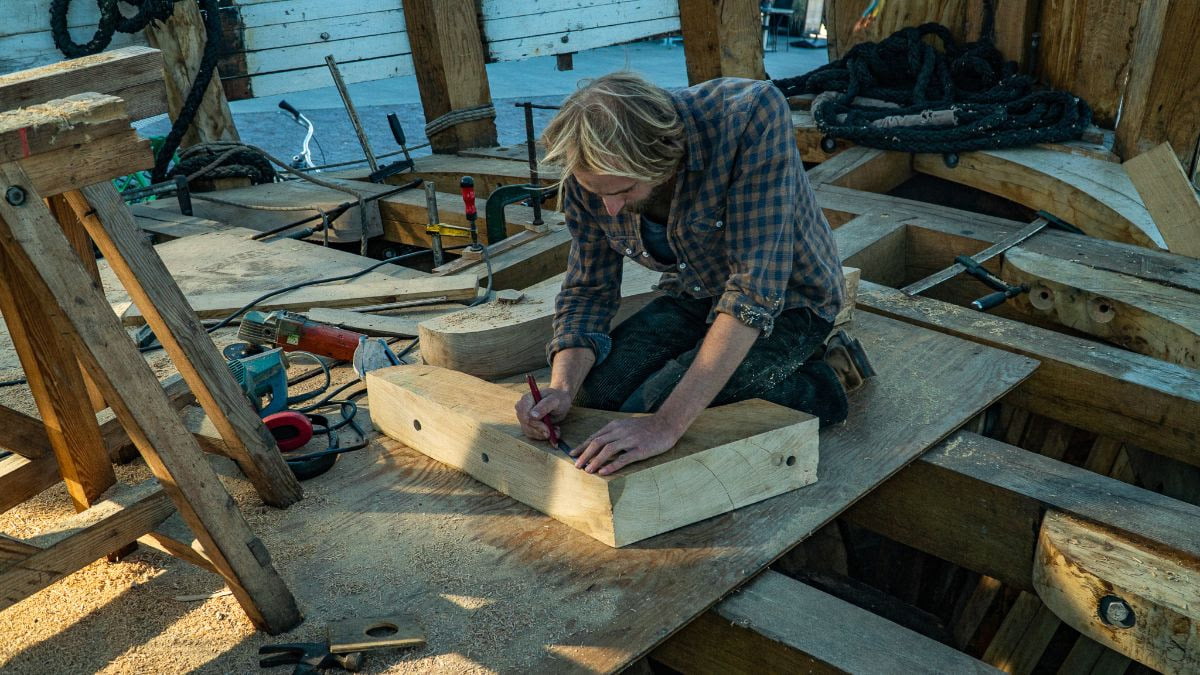 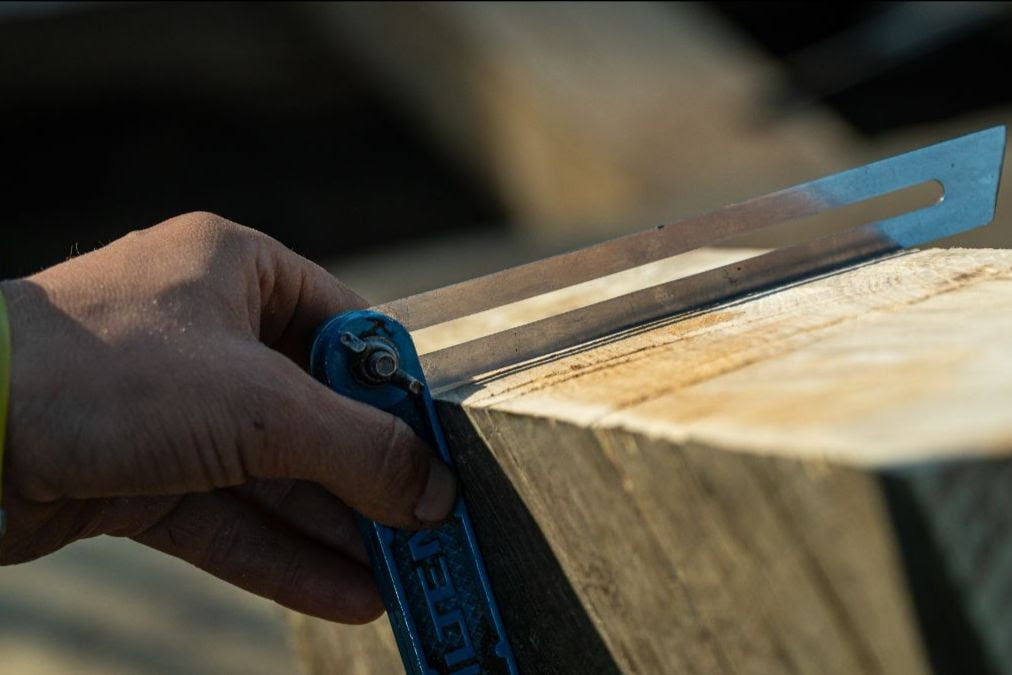 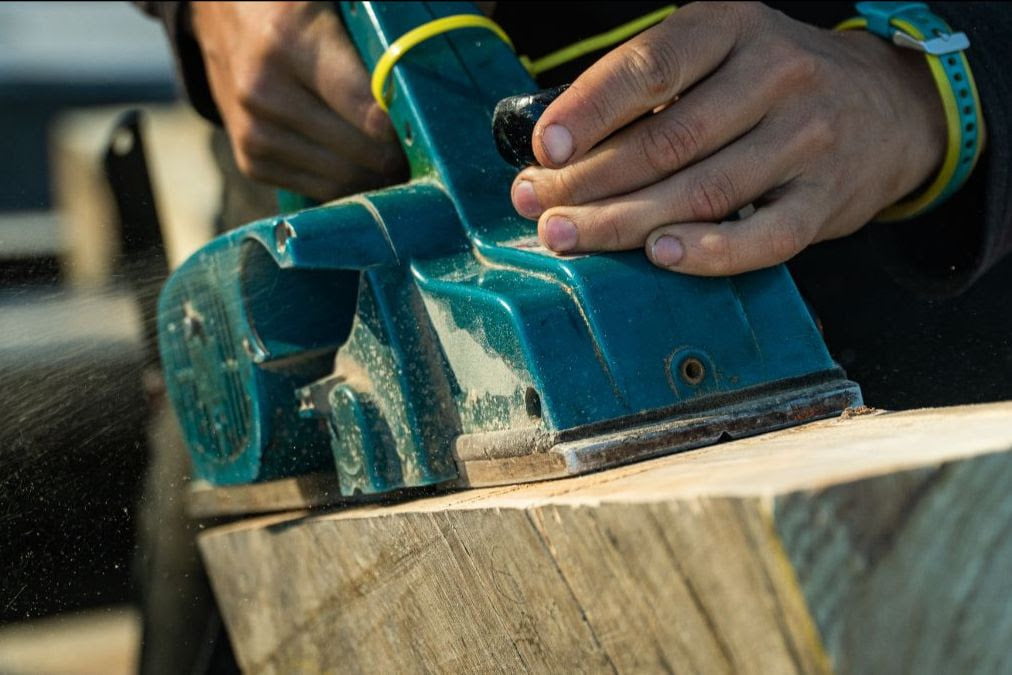 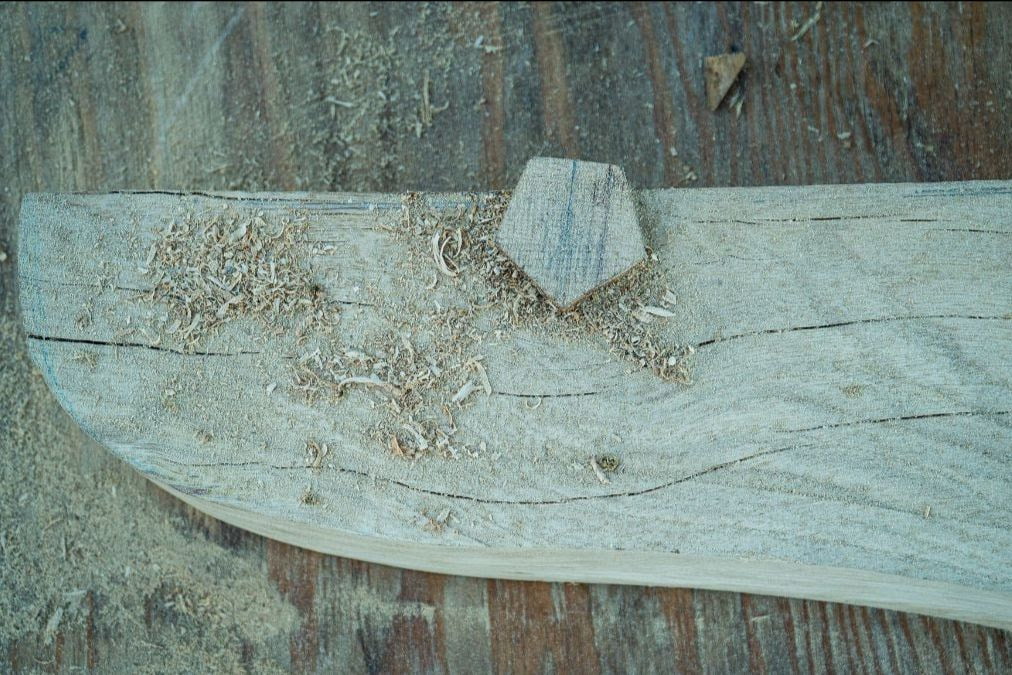 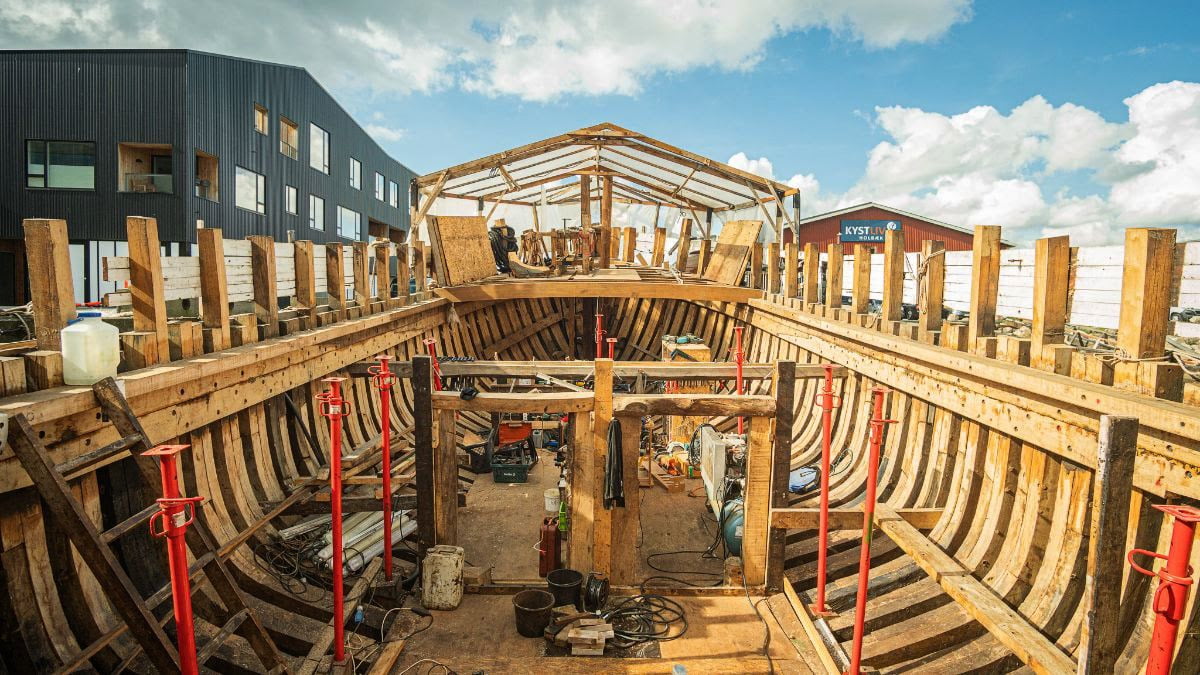 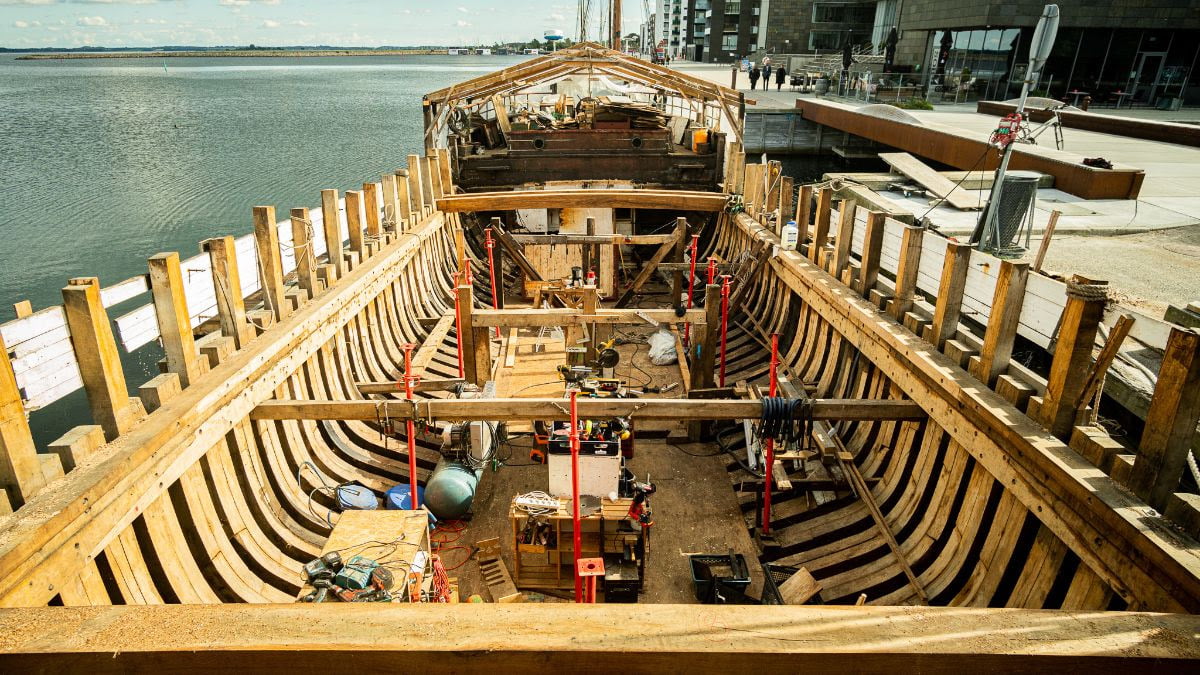 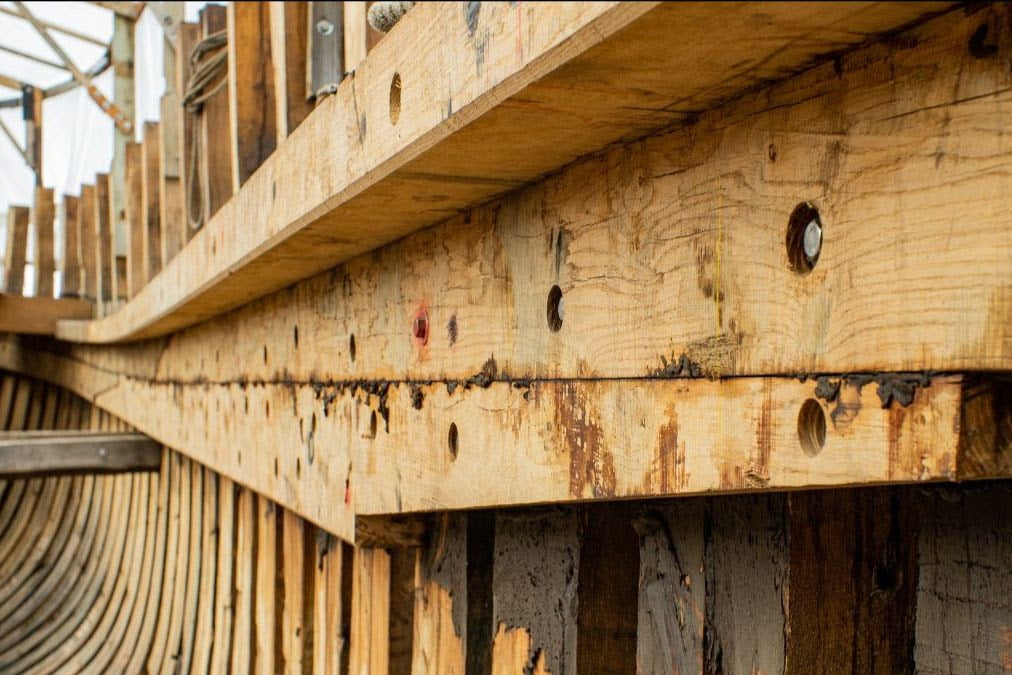 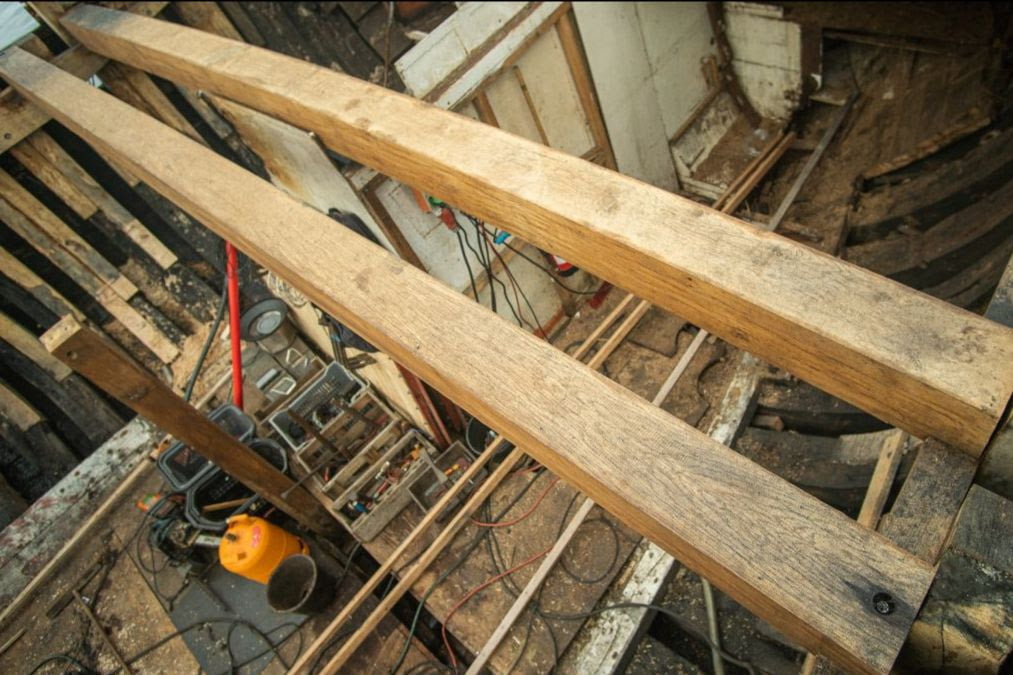 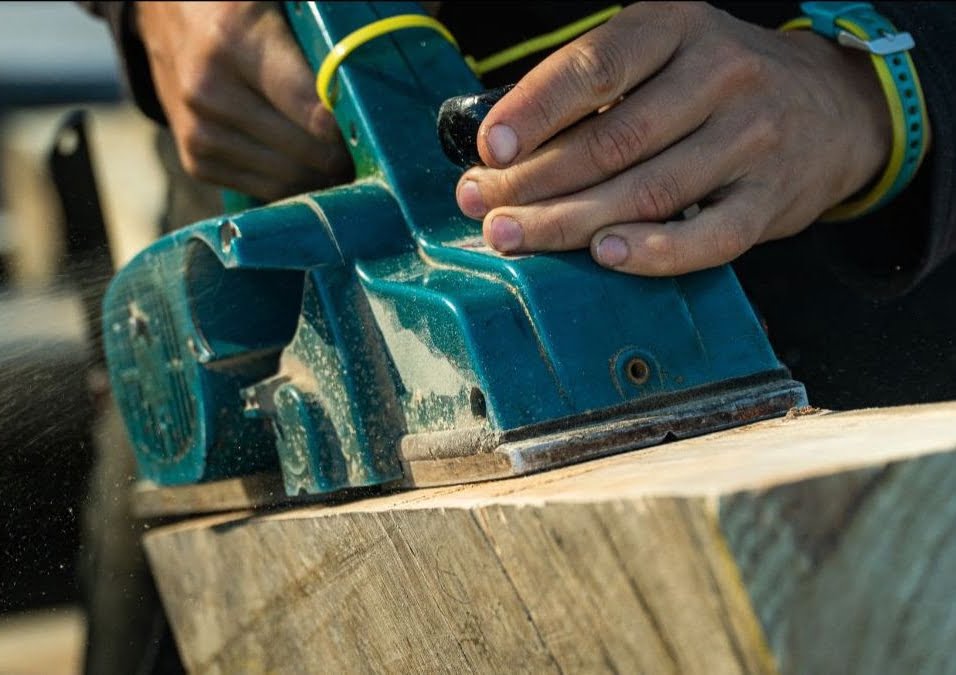 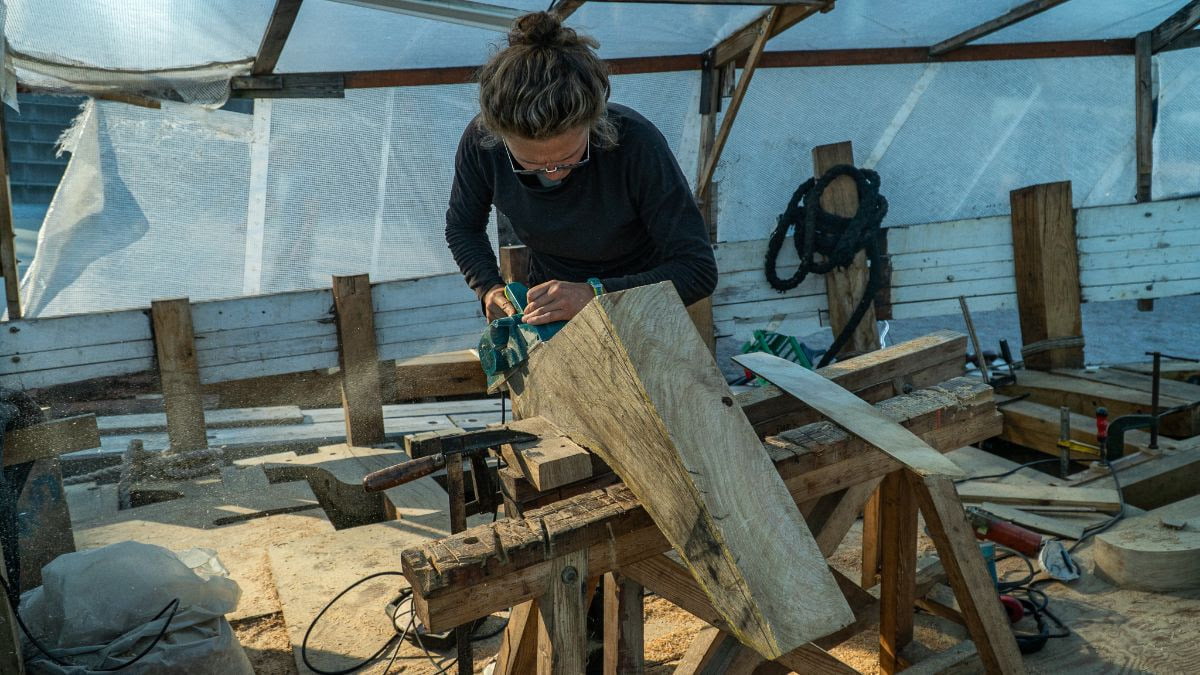