Initially, we had planned to keep Hawila’s stern intact as it appeared healthy and had received massive work in the 90s. However, things are not always as they appear on wooden ships, and while trying to fit our beam shelves aft we realised the poor condition of the upper stern frames particularly. To make a good connection we now have to replace the stern frames which means that eventually nearly all ship’s timber will be replaced.
After removing the poop deck, we dismantled the whole stern area in the last few weeks.
Currently, our team replaces the old frames by templating the hull shape and finding a suitable piece of oak from our timber supply. We also check to ensure that we have the desired grain in the wood ensuring strength. We then can mark the contour of the frame as well as the edge angles on the fresh timber piece before cutting.
We use a chainsaw mounted on a jig allowing us to change slowly the cut angles along the frame cut line. The cutting process is done by a team of two: one pulling the jig and following the cut line, the other adjusting the angle along the way. After that, the final frame surface is planed more precisely according to the same angles reported on the template. The piece is now ready to find its place on the ship where final adjustments are made. 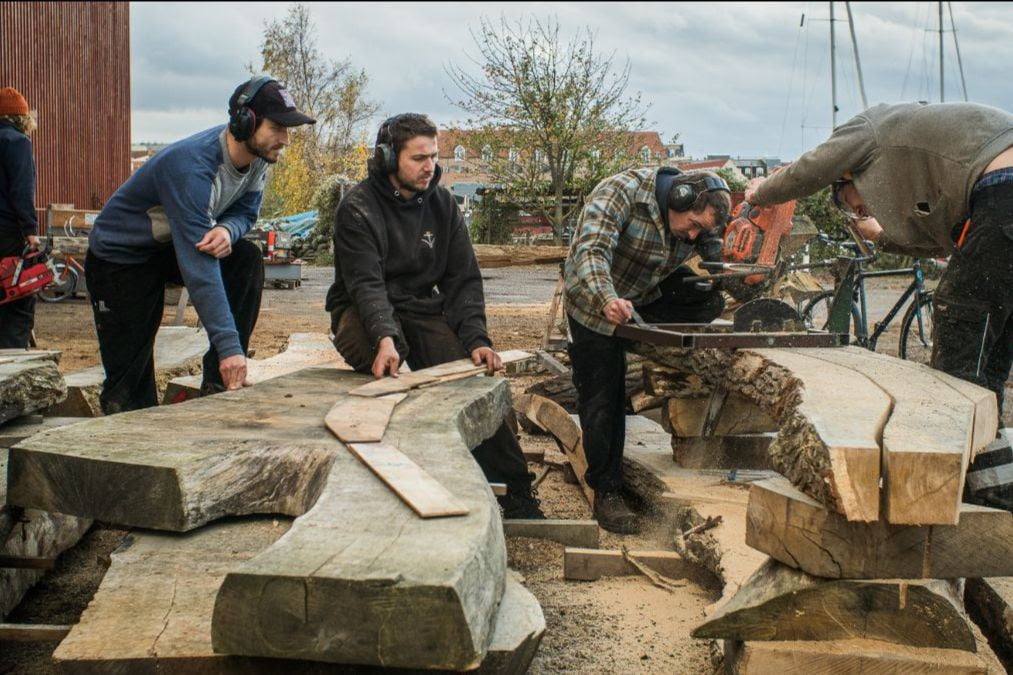 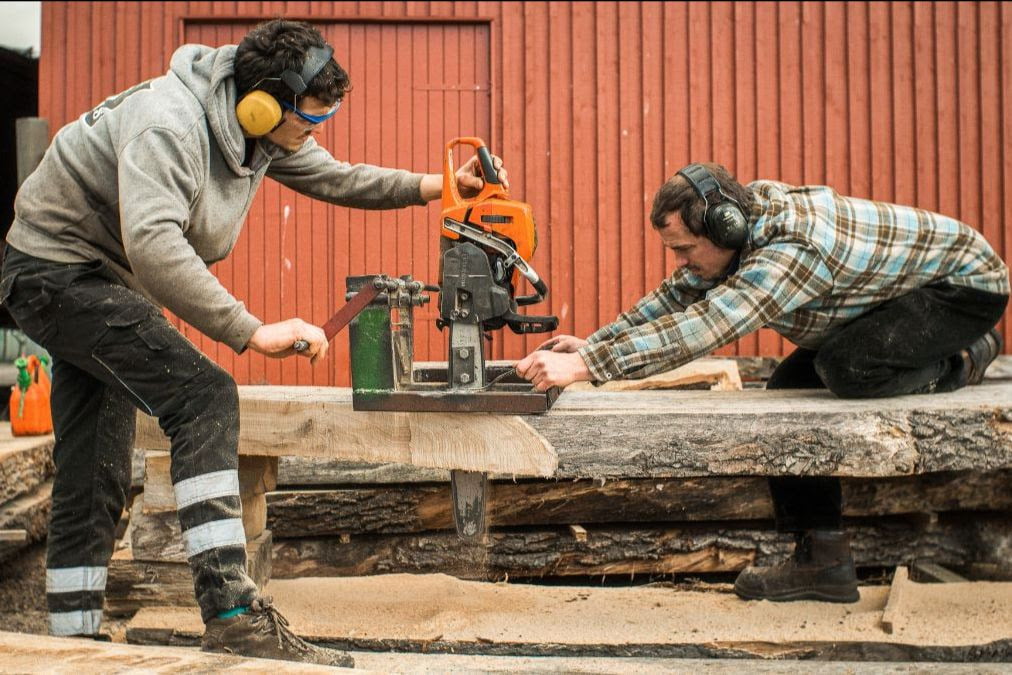 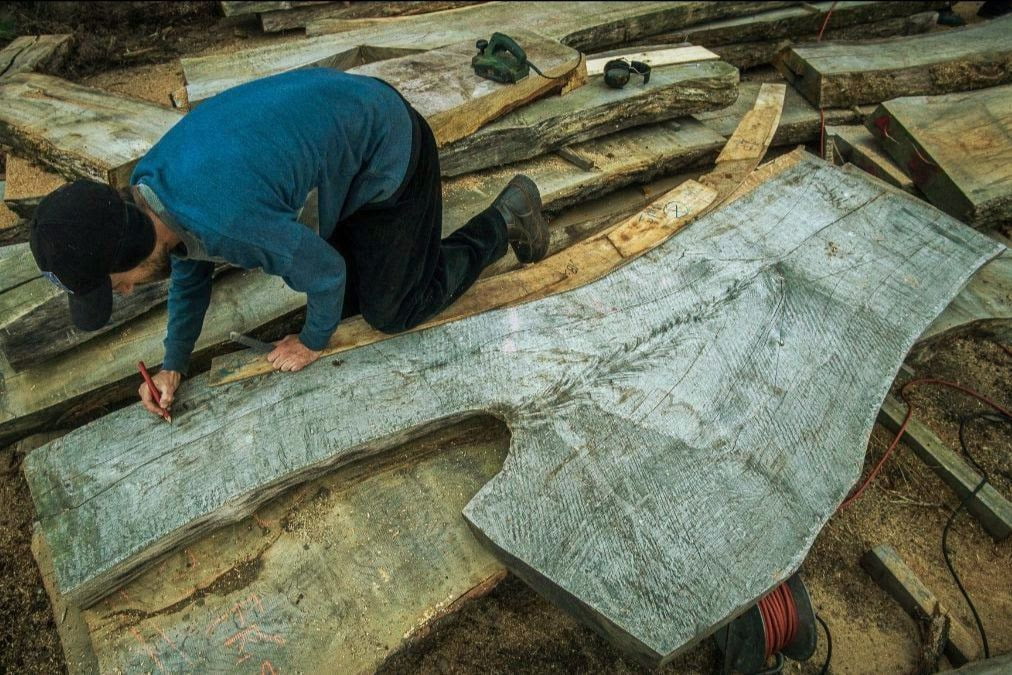 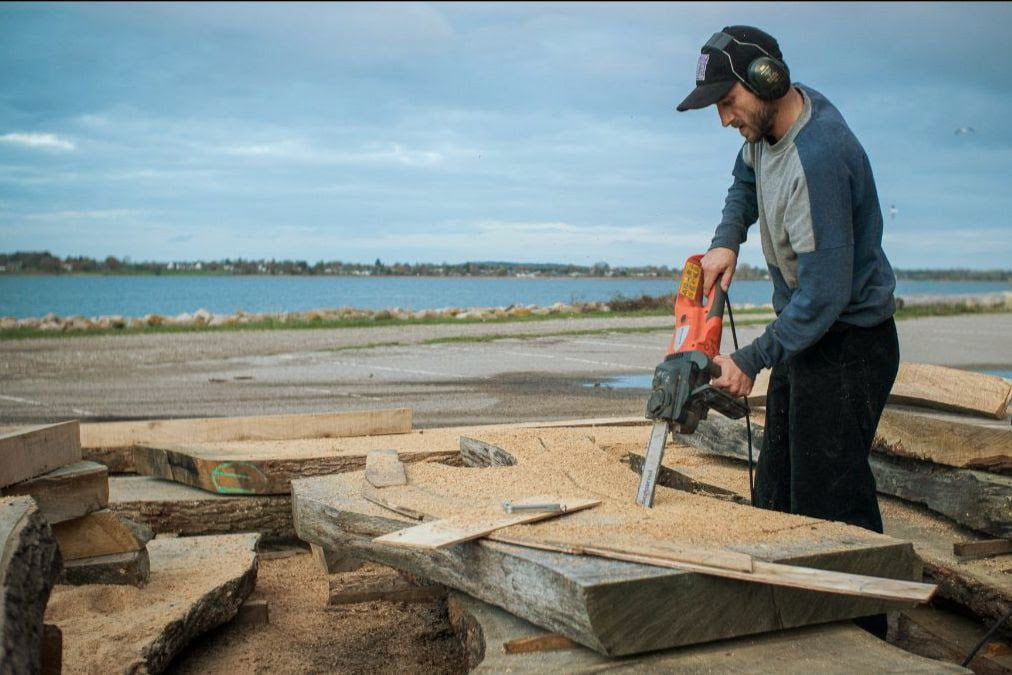 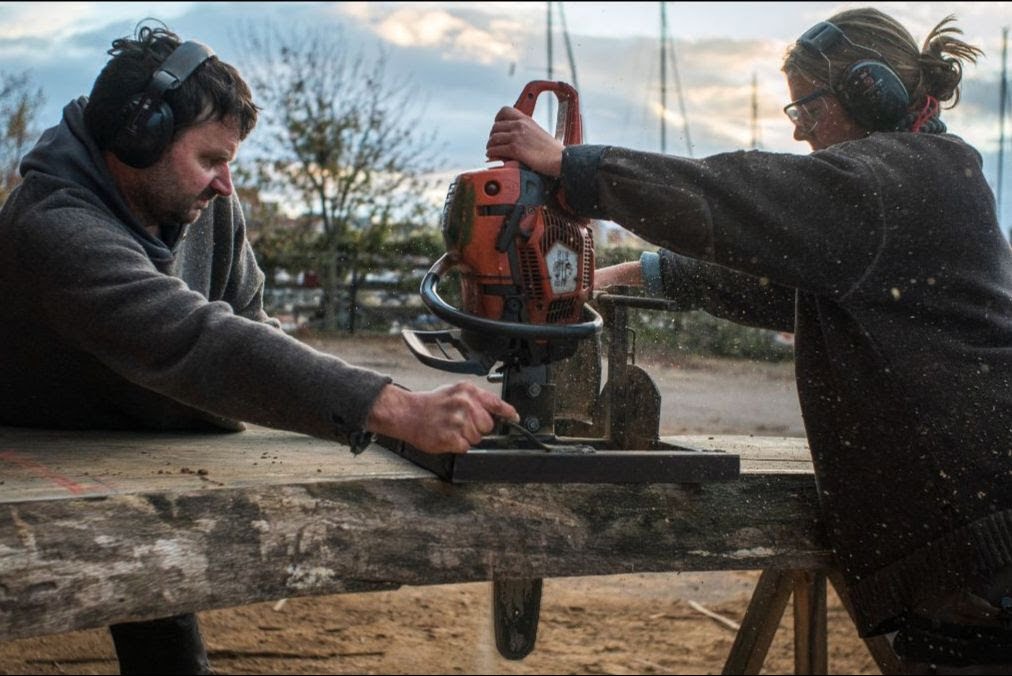 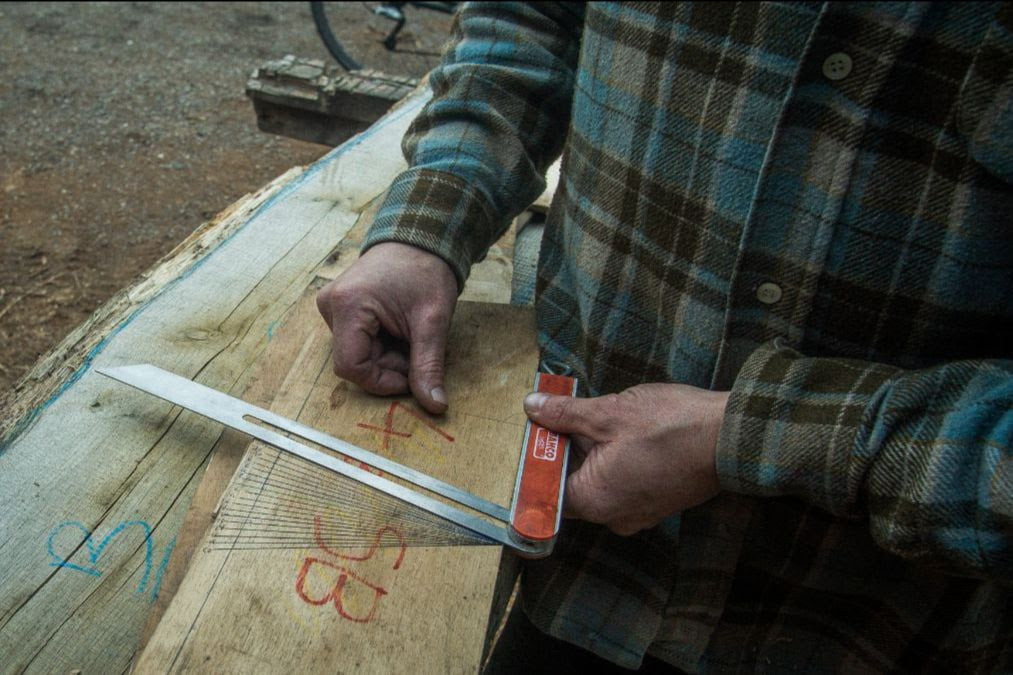 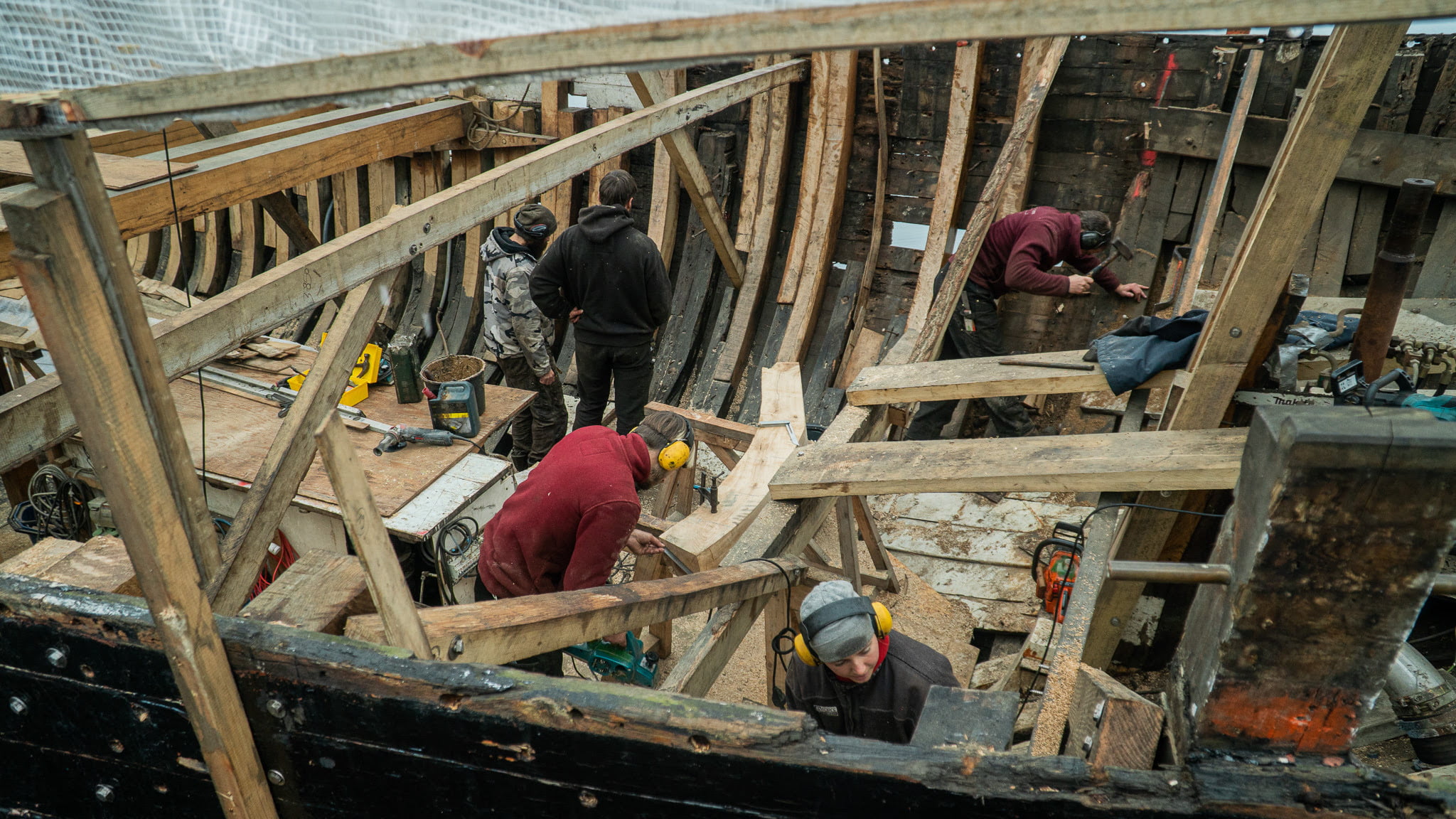 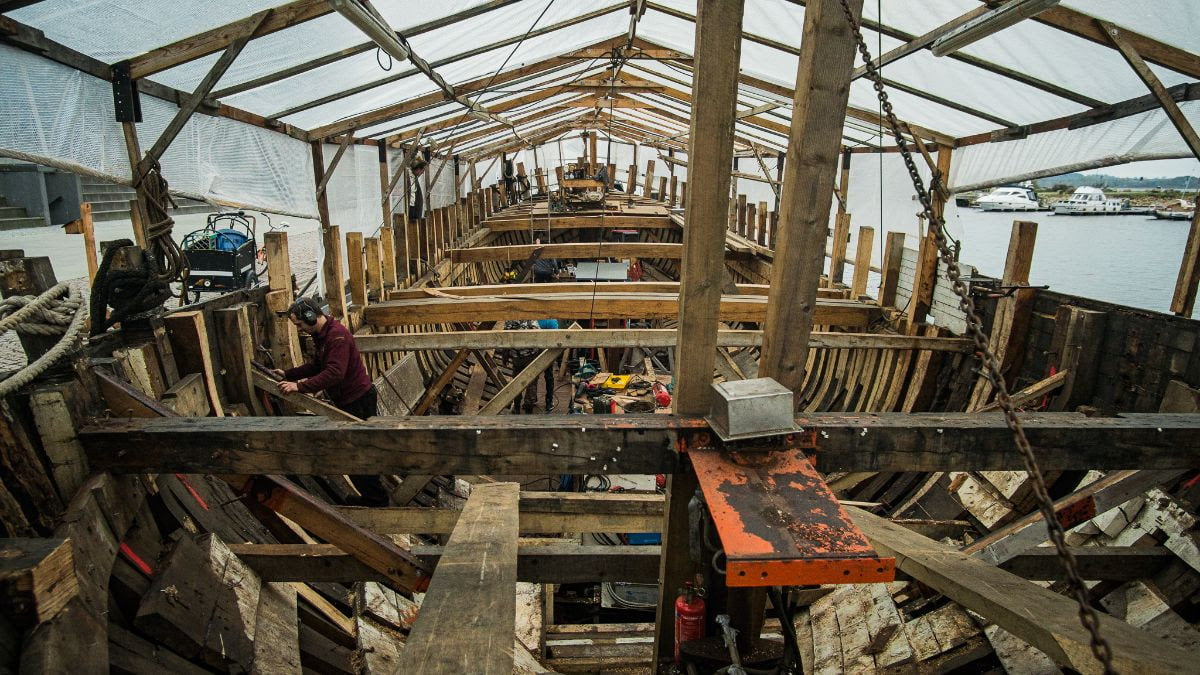 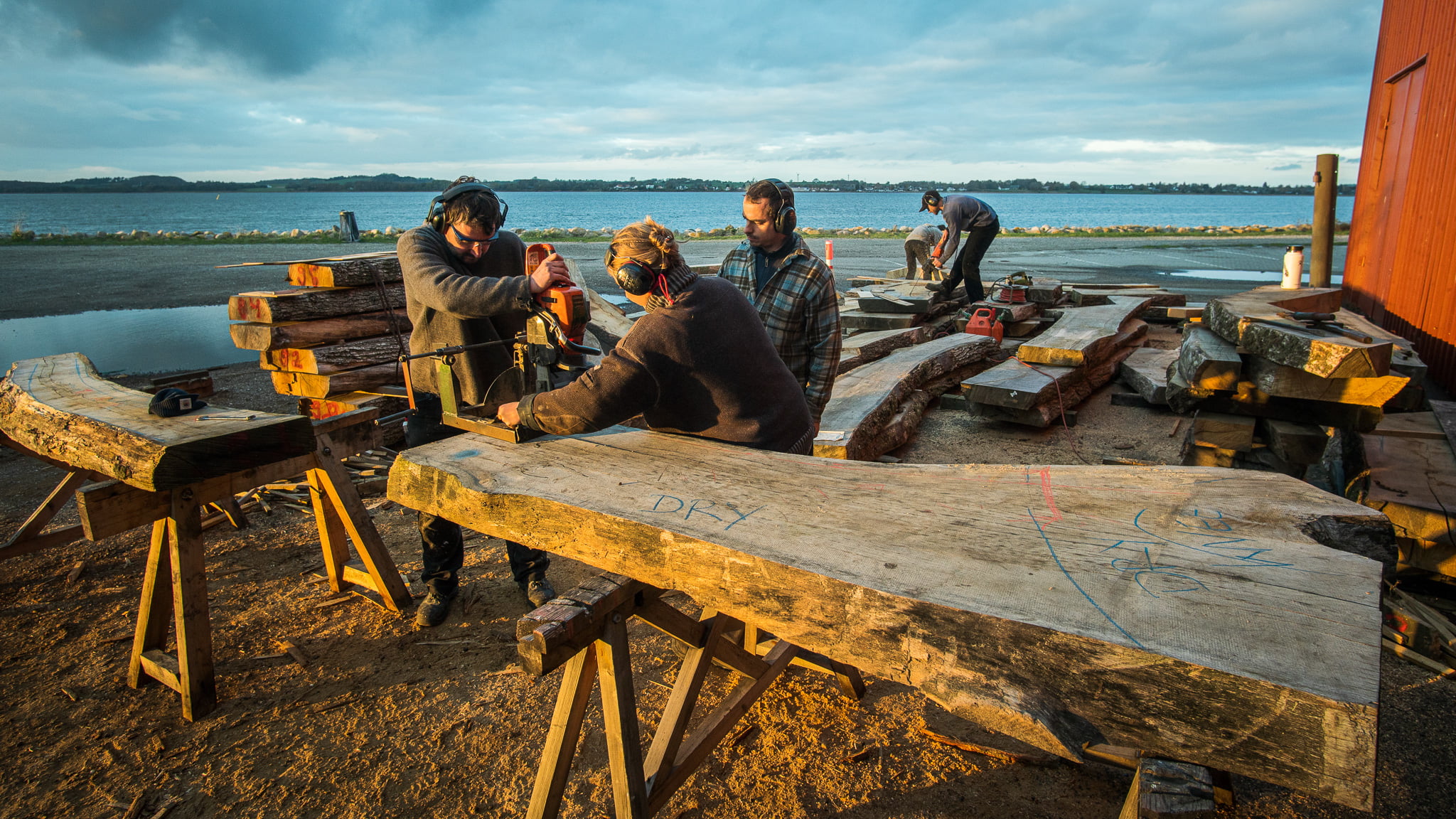