A strong, ocean-going vessel built to transport large amounts of cargo by sail

Hawila is powered by entirely clean, renewable energies, no less.

Our vessel already relies on her sails as the main source of propulsion, and she recharges her batteries while sailing, by harvesting energy from her free-spinning propeller.

We want to expand the energy production onboard by wind turbines and solar power, and retrofit the engine for harbour manoeuvres with a clean source of energy.

A modular design allowing the transport of trainees and/or cargo

Our two cargo holds are capable to carry either 30 tons of cargo, or up to 8 trainees each. This enables us to conduct various activities ranging from winter cargo run to summer festivals and educational activities. 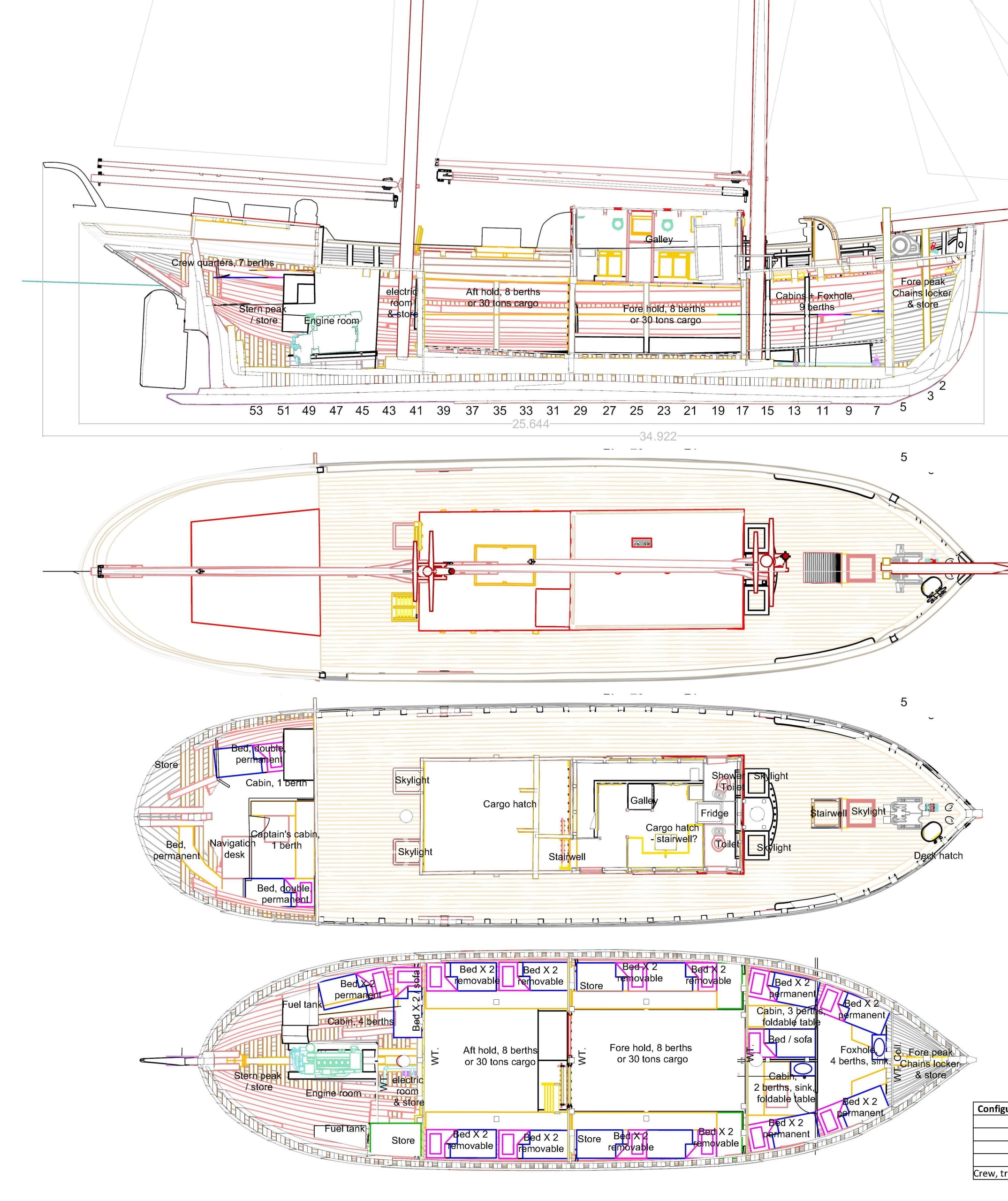 A vessel with a long history

Hawila was built in 1935 in Risør, Norway, as a Baltic Trader, a traditional Scandinavian design for a strong wooden freighter, capable of carrying an enormous amount of cargo for its size.

She was built as a motor-assisted sail ship and transported natural ice until the 60s. WW2 saw her converted into a two-masted sailing cargo ship to compensate for fuel shortages.

The end of the ice trade left her abandoned for the first time in the 70s. Starting in 1978, a Swedish independent school ”Mot Bättre Vetande” converted her into a sail training ship for school children as part of the school’s curriculum: the cargo hold became a dormitory, the aft wheelhouse was removed, a galley was built on the deck, and a quarterdeck was raised. From 1984 until 2008, generations of Swedish school children sailed with Hawila. Eventually, the financial situation of the school led to Hawila getting sold.

A new owner kept her for a few years before abandoning her in 2013 in Kastrup. In 2014, she was saved, repaired and restored for coastal sailing, by our non-profit association Hawila Project.